This week the Bear Pit Public Speaking Competition celebrated its 11th consecutive year at the Parliament of New South Wales, hosted by Member for Manly James Griffin and showcasing the primary schools of the Manly electorate.

Founded in 2009, the public speaking competition is held in local schools from Seaforth to Curl Curl and concludes with the grand final taking place in the Legislative Assembly chamber at the Parliament of New South Wales.

Member for Manly James Griffin recognised the incredible talents of the young speakers.

“We can all be immensely proud of the talent, passion and maturity of our young people who participate in the Bear Pit competition,” Mr Griffin said.

“As I said to them, they lifted the quality of debate and behaviour in the chamber that would have made the Speaker of the Parliament very happy. Most importantly, they did themselves, their schools and their families proud.”

The competition aims to develop public speaking skills amongst all primary school-aged students, as well as develop effective listening skills, encourage confidence and ability to speak in front of an audience, as well as promote skills of students who have a particular talent for public speaking.

Students chose one of three topics which they first presented to their class, followed by their year group and a school-wide competition to then qualify for the finals held at Parliament House.

Stage 3 (years 5 and 6) winners and their topics were:

Stage 2 (years 3 and 4) winners and their topics were:

Returning judges to this year’s finals at Parliament House were Vicki Treble, former Principal at Balgowlah North Public School, and Pauline Gilchrist, Speechcraft Chair of District 70 and 90 Toastmasters. They were joined by two guest judges, including Michael Christensen, Editor of GQ Magazine Australia, and Miranda Wood, Assistant Editor of The Sunday Telegraph who volunteered their time. 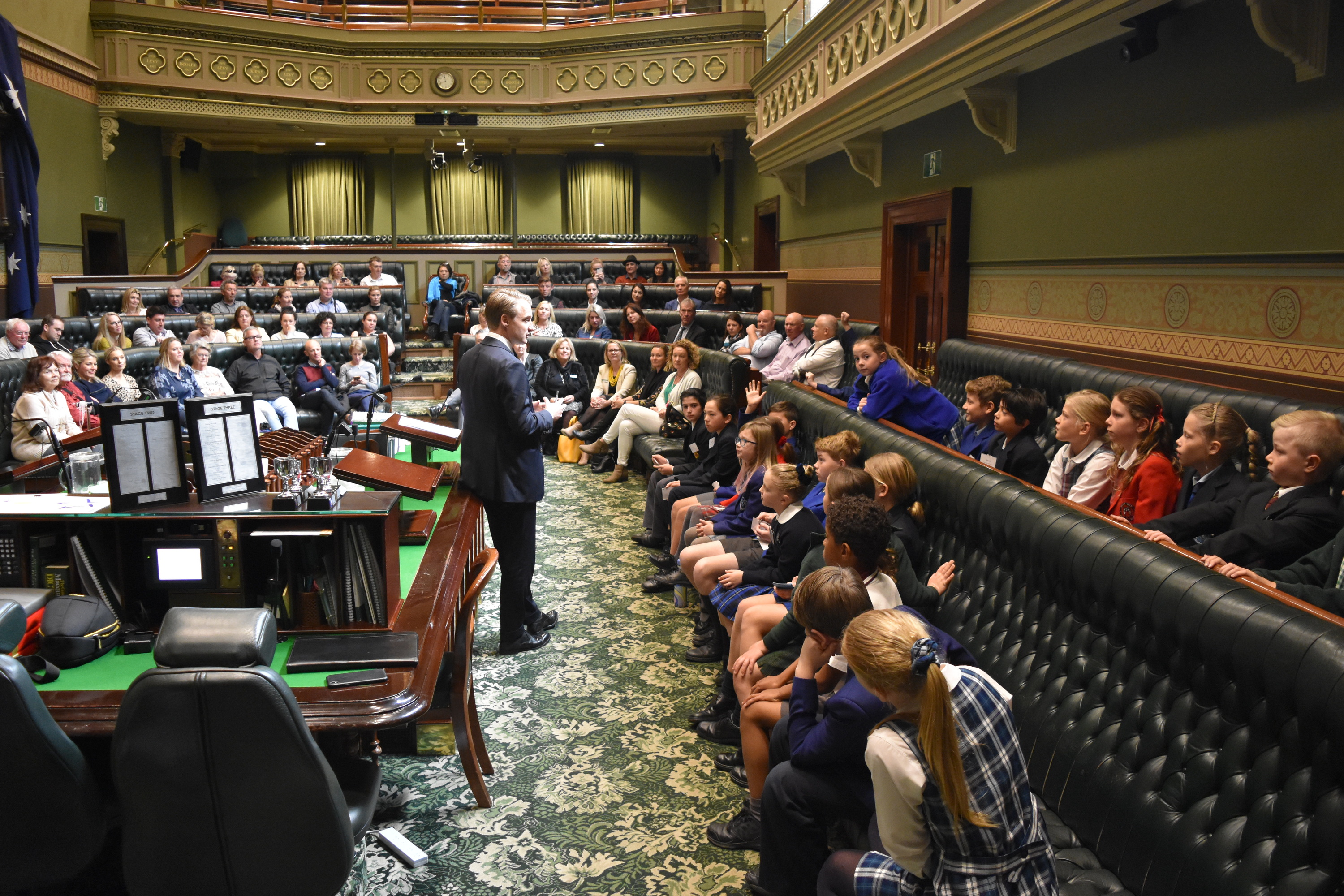